Moving to Hawaii Pros and Cons - Should You Make the Move? - Sakamoto Properties

Moving to Hawaii Pros and Cons – Should You Make the Move?

Are you thinking of packing up your things and moving to Hawaii? Hold your horses because it is best that you know the good and the bad things about Hawaii before making any life-altering decisions. Many of us know that Hawaii is famous for its year-round tropical climate, breathtaking sceneries, and friendly people, but just like any other place, Hawaii also has its drawbacks, like the terrible traffic and the high cost of living.

We have compiled a list of the Pros and Cons of moving to Hawaii to help you in your life-changing decision on whether to move to Hawaii or stay where you are.

Advantages of Moving to Hawaii

If you’re looking for more reasons to move to Hawaii, add these to your list:

Needless to say, Hawaii’s climate is very comfortable. The temperature is around 78 degrees Fahrenheit (26°C) during the cooler months, while it doesn’t get higher than 90 degrees Fahrenheit (32°C) during summer. What’s interesting is that 11 of the 13 sub-climates in the world can be experienced in Hawaii. This means you can feel the dry weather if you move on the leeward side of the island, warmer when you move to the coast, and colder when you go up to the higher elevations.

Hawaiian culture is loving, warm, and rich in heritage

Hawaii is a set of islands located in the middle of the ocean, so when you commit a crime here, there are minimal places for you to go and hide. That is one of the main reasons why the crime rate level in Hawaii is low. Neighborhoods unite and create neighborhood watch programs to help law enforcement curb crime in this safe island state.

You might live longer if you live in Hawaii

The people of Hawaii own the distinction of having the longest average life expectancy in the nation. The contributing factors may be the easy access to natural resources, the excellent weather conditions, the low smoking rates, relatively good health conditions of the people, including low obesity rates, and access to world-class health care.

People are less fascinated with material wealth in Hawaii

Hawaii’s personality compared to the other U.S. states is genuinely different. Family and relationships are emphasized more rather than acquiring a lovely house and an expensive car. Of course, there are still people who prioritize wealth in Hawaii, but the general attitude of the island is saying that you should take things one step at a time.

The soft white sand beaches and the clear turquoise waters are enough to convince anyone that the most beautiful and mesmerizing beaches in the world can be found in the islands of Hawaii. The sunsets on the beaches are picture-perfect, and the same can be said of the breathtaking sunrise. You’re sure to forget all your worries as you watch the gentle waves touching your toes.

Reasons Not to Move to Hawaii

Just like any other place in the world, Hawaii has its drawbacks. Here are some of the disadvantages of moving to Hawaii.

Hawaii is one of the most popular tourist destinations in the country, and being popular comes with a price. Due to its popularity and location, it is pretty expensive to live in Hawaii. A bare studio apartment will cost you around $750 a month, while a 1-bedroom apartment can go around $1,300 per month. Even the cost of utilities like electricity, gasoline, and propane is higher than in most places in the country.

Traffic is terrible in the city

Traffic in Hawaii may be considered as one of the nation’s worst. The snail’s pace of traffic often turns the freeway into a big parking lot, and what should be a 30-minute drive can turn into a 2-hour crawl during rush hour. Because of its mountainous terrain, Hawaii has very few highways, and most places on the island are accessible from a single highway. So if there’s a big accident that happens on the highway, you can be stranded and stuck in traffic for as long as 8 hours.

What’s really ironic is that despite the high cost of living in Hawaii, many of the jobs here pay considerably less compared to most states in the mainland. If you decide to move to Hawaii, expect a double hit; first, you’ll be surprised by the high cost of living, and then you’ll be shocked by the pay cut. Expect a 20% or more pay cut from what you’re paid to do in the mainland if you work the same job here in Hawaii.

It’s hard to start a business in Hawaii

In national rankings, Hawaii is at the bottom of the list when it comes to starting a business. If you’re dreaming of owning a business in Hawaii, you’re going to need a lot of luck because it would be tough for you to succeed. While it may seem unlikely, it is not impossible since there are thousands of successful family-owned businesses in Hawaii.

Hawaii is isolated from the rest of the world

While there are more isolated islands in the Atlantic Ocean, most of them are minimally inhabited. On the other hand, Hawaii is one of the most populous islands standing on its own in the Pacific Ocean. You are definitely far from the rest of the civilized world. About 2,500 miles from California, 3,800 miles from Japan, and 4,900 miles from China.

If we consider the pros and cons of moving to Hawaii, it won’t do justice to the place. There is something in Hawaii that cannot be quantified and measured. It may be the hospitable Aloha spirit, the mystery of the island, or just the sheer beauty of the place. So, if you’re thinking of moving to Hawaii, the best thing to do is visit the place several times to have a feel of the island before making your decision. 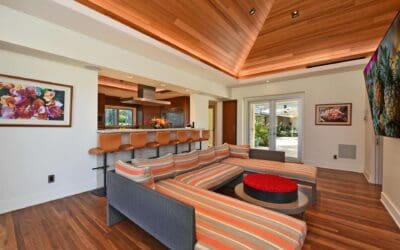 You've worked hard your whole life. You've been diligent with your savings and you're finally ready to enjoy your...

Retire in Hawaii: Top Things to Consider When Retiring to the Aloha State

Hawaii is more than just an archipelagic state. It has the world’s best islands, recognized by studies and travel...